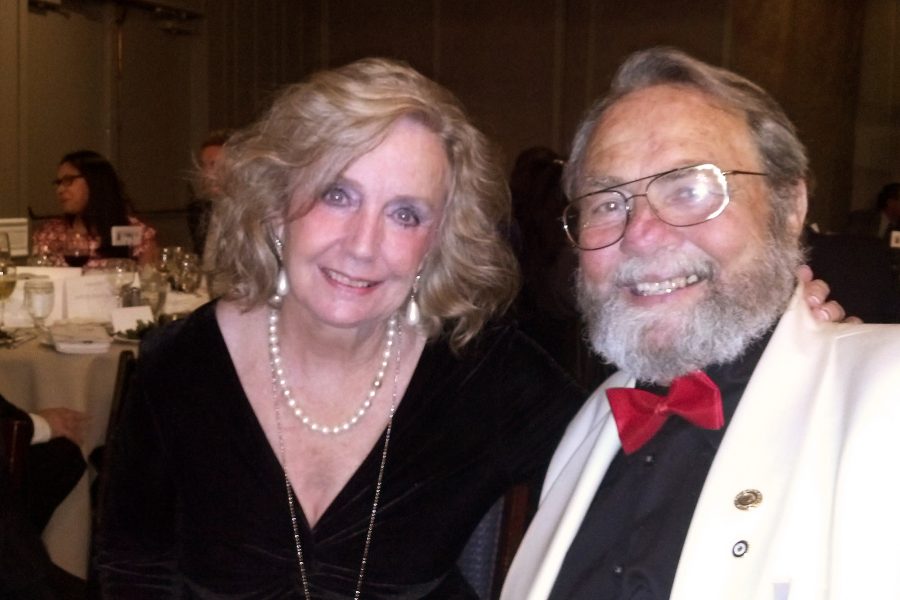 The year before Yolo Crisis Nursery first opened its doors in 2001, Laura Heintz, the founding executive director of YCN, met with Bud Wolf and told him about plans for the nursery. He was excited. Bud understood the importance of new parents having a support system during difficult times. He also knew that when you have a safe haven with people you can trust, the risk of child abuse goes down.

“As one of the first supporters of the nursery, Bud would do whatever it took. With his help, doors opened in Yolo County to help get the nursery started,” said Heintz. She met Judy afterward, “They were fierce advocates for children; they really understood the importance of coming together to support families. I’m so thankful for Bud and Judy, such generous supporters of the nursery. Their love for children was beyond words and their legacy will live on.”

Bud and Judy were married for 57 years, parents of three and grandparents of four, but their combined service to the community over the years benefited thousands of Yolo County children they never met. Bud passed last October, followed by Judy in January of this year. Both were longtime members of the Rotary Club of Davis, a major supporter of YCN.

“I was a new Rotarian in 1999, when Bud became president of the club. I remember him talking about child-abuse prevention at almost every meeting, wanting it to be the focus of his year,” said J.D. Denton, past board president and current YCN board member. “Bud made it clear that he was motivated by Judy’s work in pediatric health care administration, where she saw the results of child abuse. He spoke with such passion and eloquence in that deep, resonant voice. You couldn’t help but be inspired to get involved.”

Bud and Judy founded Rotary’s “Big Night,” an annual fundraising event that has generated tens of thousands of dollars for local child abuse prevention efforts, with YCN being the leading beneficiary.

Adds Denton, “After she retired, Judy joined Rotary and then became club president in 2015, still working on child abuse prevention. Those two are part of the reason I’ve served on the YCN Board for the last four years.”

Current YCN board president Jane Eadie agrees. “Bud and Judy Wolf have been tremendous supporters of the nursery and tireless advocates for the children of Yolo County for close to twenty years. Their impact and presence will continue to live on at the Nursery, both through Judy’s leadership as a member of our inaugural board, and through our beautiful backyard playground that was lovingly built by Bud and his fellow Rotarians.”

The Yolo Crisis Nursery and the families of Yolo County are indebted beyond measure to Bud and Judy Wolf.

Speaking of ‘It takes a village’

We appreciate the community that provides much-needed support to YCN. For example, the Davis Rotary continues to donate proceeds from their annual “Big Night” fundraising event to us. Recently, Birch Lane Elementary School’s Student Council held a “Kids for Others” diaper drive and collected enough diapers and clothing to fill a one-car garage. We appreciate the Student Council and the community for initiating the month-long drive. And we thank the Good Scoop and Sudwerk Brewing Company, who recently held a Davis Spring Night Market with a portion of their proceeds benefiting YCN.

Of course, our sixth annual “Krustaceans for Kids” Crab Feed took place last night on March 24, which was bigger than ever – we sold out of tickets a month in advance. In next month’s column we’ll be able to provide details about our event of the year – so much crab, pasta, salad, and so much fun – all to benefit the families of Yolo County.